Colin Keegan, owner of Santa Fe Spirits, wended his way to Santa Fe from Newcastle in northeast England. I think he’d get a kick out of the idea that as I listened to him tell his story, I was reminded of a familiar beer commercial, “He has climbed Mont Blanc, Kilimanjaro, and Denali. He was an architect. He left England to become a beach-bum in the Virgin Islands. He made apple brandy from his back yard orchard in Santa Fe…”

Colin earned his degree in Design Technology in England and worked in London. Riding the economic ups and downs has certainly been a challenge for architects and designers since the eighties, but Colin adapted his skills to the projects that came along to enjoy many years of success. One of the projects was in the British Virgin Islands. “I always dreamed of becoming a beach bum. This seemed like an opportunity to do that,” says Colin with his Newcastle, Geordie accent that takes me back to my merry ole’ homeland. “But I ended up working on the project the whole time.” While in the B.V.I., Colin met his wife-to-be, Suzette, and her one-year-old daughter Phoebe. After two years living the island life, the new family decided to move to Santa Fe, where Suzette’s parents were originally from.

Colin designed their dream home on a plot of land in Tesuque, originally homesteaded by Archbishop Lamy’s groundskeeper. With its large, mature apple orchard, this land would change Colin’s career direction and get him into the “spirit” of things – literally.

The overabundance of apples the orchard produced each fall gave rise to a bit of a problem. “We had about 500 gallons of apples to get rid of every year,” says Colin.

“We’d have friends over for apple pressing parties,” he says.  “It was fun, but there’s only so much apple juice and cider you can drink before it begins to turn.” A friend suggested making it into apple brandy as a way to make it last.

It wasn’t long before Colin realized he had a budding new career direction ahead of him. He turned down a promotion from the New Mexico engineering project he had been working on and dedicated his time to this new baby. 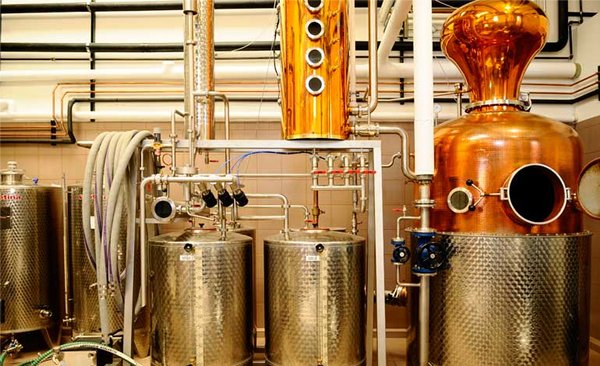 After a year of licensing and legal hoop jumping, Colin started his distillery. In 2010, he bought a small building on Mallard Way, about 10 miles southwest of downtown Santa Fe, to house the still for the production of the company’s signature Apple Brandy. 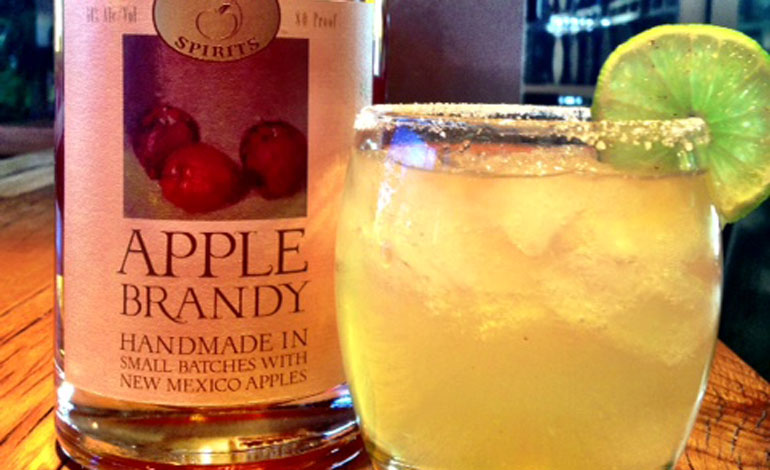 Colin admits the learning curve of handcrafting artisan liquors has had its peaks and valleys.  Knowing when to capture that fleeting window of transition between the “heads, hearts and tails” in the distilling process to create that quintessential flavor is just one of the many marks of a true veteran distiller. Santa Fe Spirits has definitely made the grade by creating four award-winning products in as many years. They are the spirits of choice at many top hotels, bars and restaurants around Santa Fe and can be bought at stores throughout Texas, Colorado, Oklahoma, New Mexico, and Oregon. 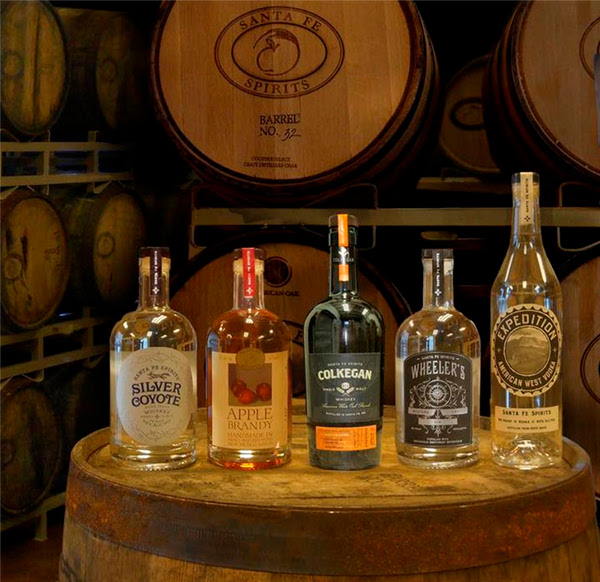 All four award-winners and the new Colkegan Single Malt Whiskey

Unique to Santa Fe Spirits’ products are the locally sourced, organic ingredients that render a distinctly Southwestern flavor profile. The Wheeler’s Gin is a special botanical blend named for George Montague Wheeler, an explorer and cartographer who mapped New Mexico in the 1870s. By the way, northeast of Taos is Wheeler Peak, the tallest point in New Mexico at 13,167 feet. 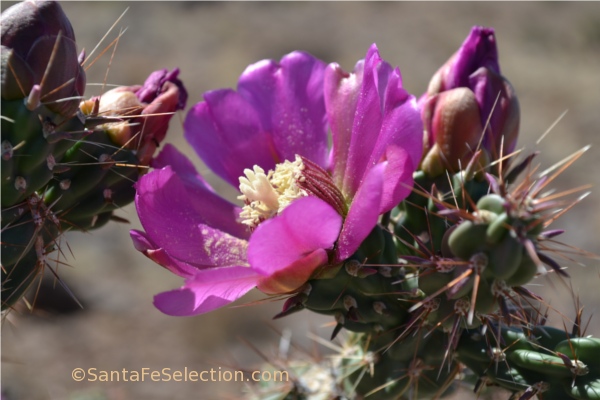 Flowering season is short for the cholla, from late spring to early summer. “The staff pick them from the nearby mesa, along the Rio Grande Gorge en route to Taos, or wherever we see a field in bloom,” says Colin.

Osha root is another botanical, which grows within a limited altitude range above 7,000 feet. Santa Fe’s Sangre de Cristos are the perfect elevation. Let’s not forget the prolific native sage, and juniper berries. All converge to create a distinctly Southwestern flavor. 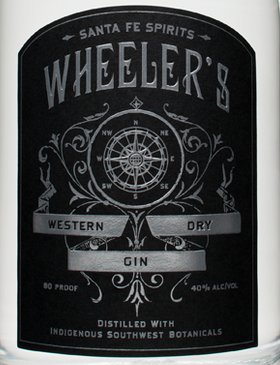 The compass on the gin label is a tribute to Wheeler’s accomplishments in literally putting New Mexico on the map.

The name Expedition Vodka is a tip of the hat to Colin’s past accomplishments as a world traveler, when he had the time to go on expeditions and climb 20,000-foot-tall mountains. “This is my expedition now,” he says smiling, “I don’t have time for anything else.”

The newest arrival to this family of artisan spirits is the Colkegan Single Malt Whiskey. Made much as the good ole’ Scots do it, but instead of using the Scottish peat to smoke the grain, they use the more indigenous mesquite wood.  It is expected to outdo its siblings in awards and sales.

The licensing and liquor laws have changed over recent years to allow small businesses to distill, and to offer tours, tastings and their own whiskey bars. The trend is fast becoming as popular as the numerous boutique breweries and wineries that have been doing well for many years nationwide. Santa Fe Spirits is the first boutique distillery and tasting room in Santa Fe proper, and one of only five in New Mexico. They offer tours and tastings at the distillery for groups and individuals. 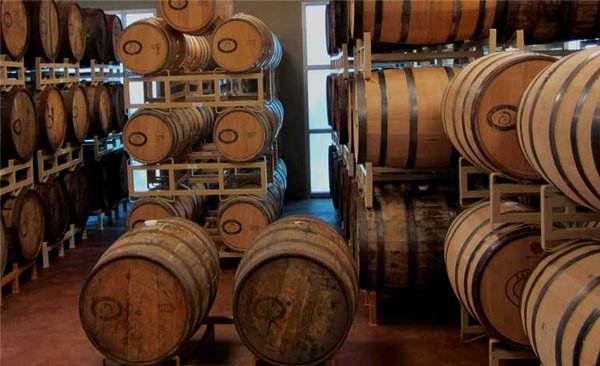 Climate controlled barrel room. Has to have the perfect humidity and temperature to keep leaks away in the desert. 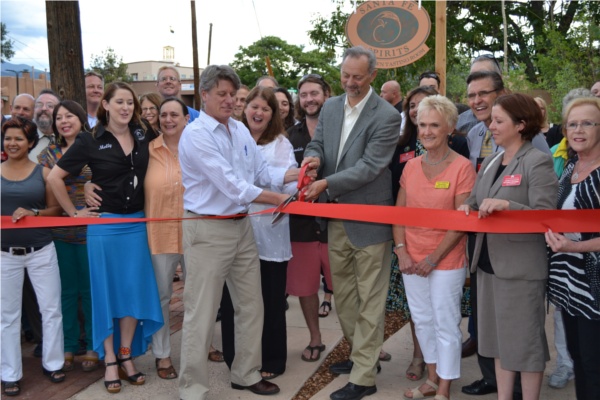 The cozy bar offers myriad, colorful varieties of straight-up and cocktail creations, Monday through Saturday from 1:30 p.m. to 8 p.m.

“Whiskey is now what tequila was a decade ago,” says Nicolas Ballas, co-owner of The Cowgirl Restaurant in downtown Santa Fe. And he should know, he’s been supplying his popular bar for over twenty years. Now he’s expanding the bar’s whiskey options to keep his customers satisfied. Santa Fe Spirits is a healthy part of that inventory.

When talking to Colin, you can sense the great pride he has in his bustling hive of industry. He seems right at home and content with all the demands the business places on him. He’s also very proud of his well-trained crew of employees that works hard to grow the company in all areas of the production process, from distilling to marketing and distribution. “I intend to keep growing the product line and adding to the employee roster. It feels good to be able to employ good people,” says Colin. “We aim to be the regional distillery competing with quality standards on a national level.” 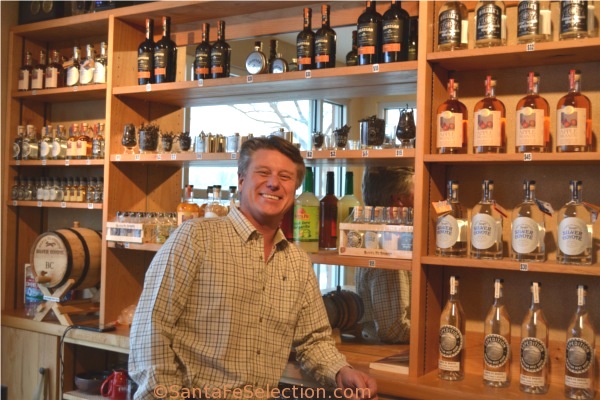 Colin at the Distillery Bar on Mallard Way.

With the expansion of the product line comes the need for more space. Since 2012, Santa Fe Spirits has bought two buildings adjacent to the original distillery to house the additional vats, grains, barrels, product and offices. They are planning to open tasting rooms around New Mexico, including Albuquerque and Taos.

It’s fun for me, as an English ex-pat, to know other Brits in Santa Fe. There are quite a few, and it seems this down-to-earth English guy has also found his calling in northern New Mexico. Congratulations Colin! You’ve given Santa Fe its very own Distillery Row. 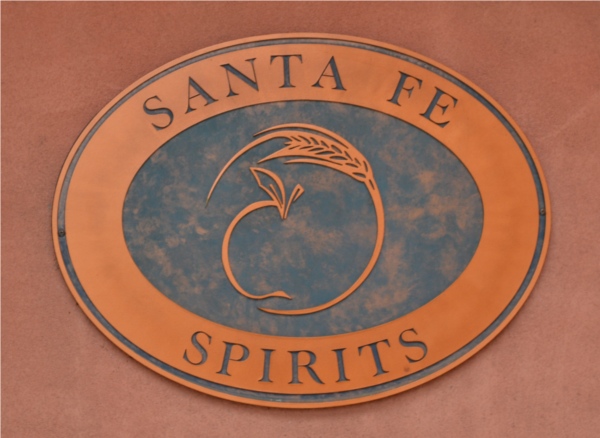 For more information on Santa Fe Spirits or to schedule a tour and/or tasting call (505) 467-8892 or go to: http://santafeselection.com/day-trips-activities/santa-fe-spirits-distillery