Since the mid-1800s there’s been a welcoming light along Santa Fe’s Canyon Road. It was known then as La Cantina del Cañon, a popular saloon owned and operated by the Vigil family. It was a time when Canyon Road was a raw dirt trail that ran through the Santa Fe River Valley, and the low-slung adobe homes served as rough and ready shelter, not as the world-class art galleries they’ve been transformed into today. 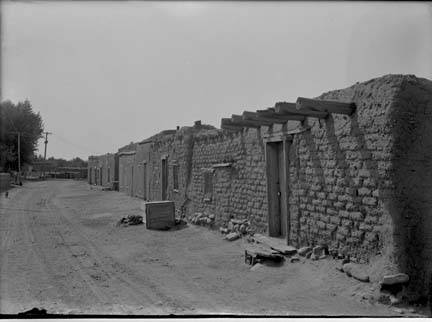 La Cantina was a long, narrow saloon serving food, beverages and liquor. In typical fashion for the time, the family lived in the same building as the bar. The Vigils ran it successfully, well into the mid-1900s. More than a hundred years later, the legacy of La Cantina lives on – thrives, actually. For over thirty years, it has been known as El Farol Restaurant & Cantina. Since July of 1985, it has been successfully owned and operated by native New Mexican David Salazar.

David was born and raised in the small town of Hernandez, just across the river from the first capital of New Spain, Ohkay Owinge (San Juan Pueblo). Hernandez is a tiny town caught in the past, about 40 miles from Santa Fe. It is best known for its haunting image captured in moonlight by Ansel Adams. 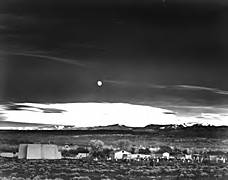 David’s father Rosenaldo (Ross) Salazar owned the only mercantile store in Hernandez. He supplied the town and neighboring areas all the way up to the Colorado border with every basic supply from food to clothing and even gasoline. “He was an amazing businessman,” recalls David. “He was ahead of his time when it came to marketing and running a successful business. Even in those days, he knew about spreading the word to communities, long before computers and social networking.” 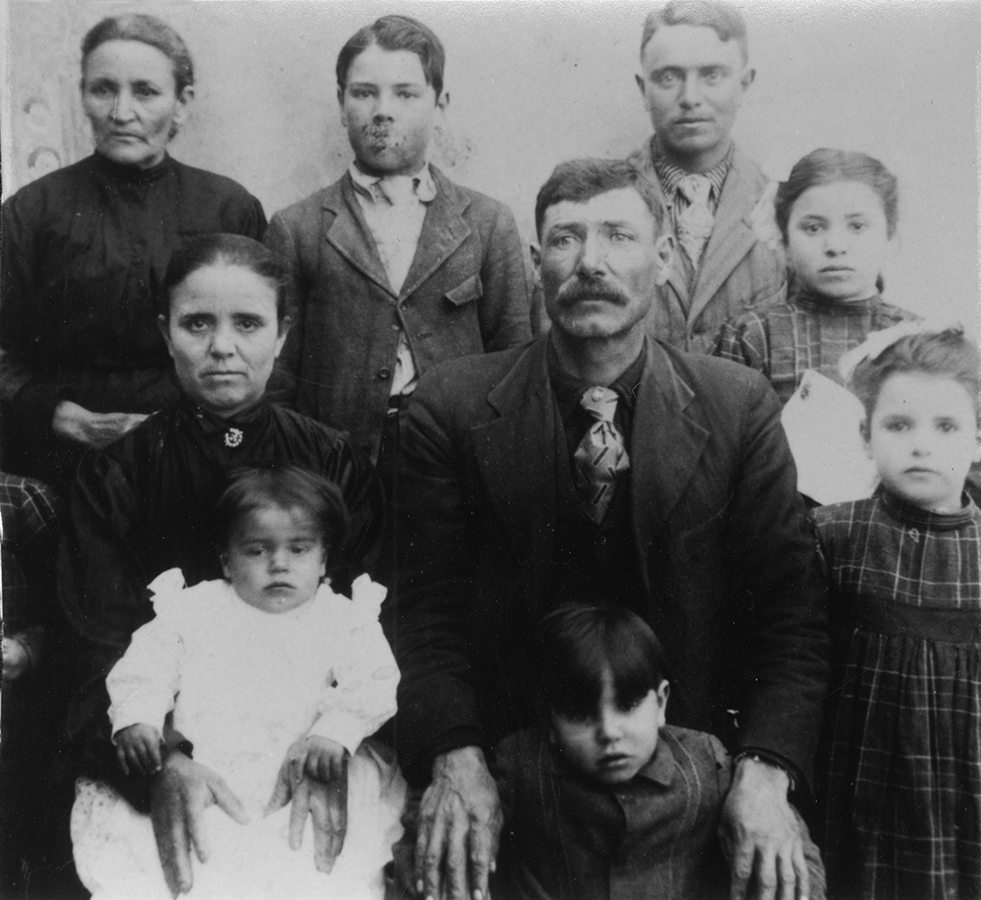 Young Ross Salazar in front of his father and family.

David remembers growing up in the home attached to the store, and working with his father and brothers. Ross had started work at the age of twelve in the coal mines in Colorado. He worked hard his whole life, but sadly, the early exposure to the coal dust cut his life short at the age of 53 from black lung. He left six children who would work to live up to his legacy, and his widow, Carmen, who kept them grounded in reality whenever their egos got the better of them. 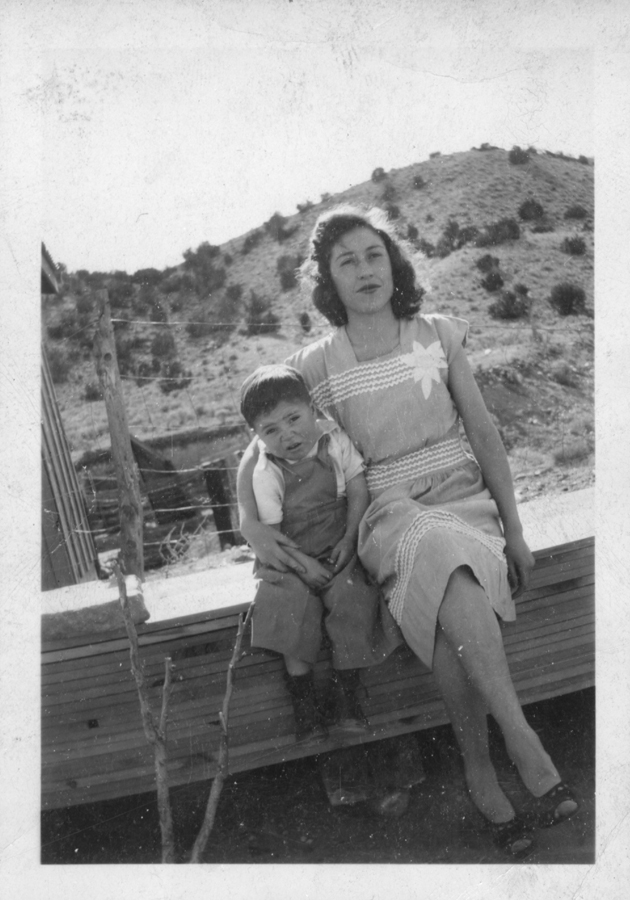 Young David with his mother Carmen

There was one day in the family home when he and his brothers were boasting to compete with one another about how well they were doing running their respective businesses, and their mother turned and said, “Your father already did all that back in the fifties.” David laughs, “She put us in our place.” 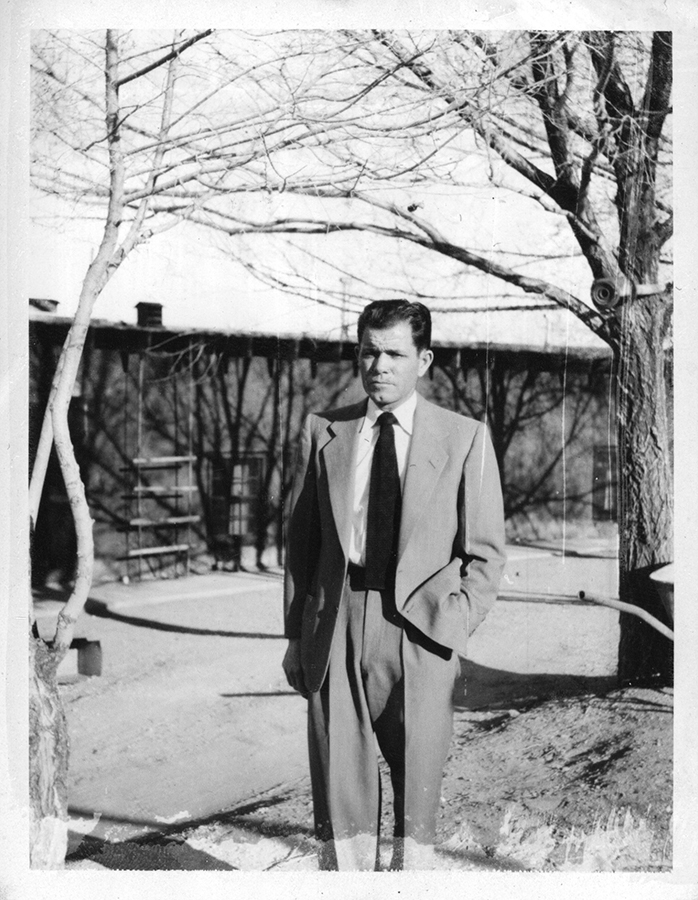 “When you live and work on the same property, you can’t help learning a lot about the running of the business,” David said, but he was determined to get out of Hernandez and earn an education. He admits he was very young and naïve when he emphatically told his father, “I’ll never own my own business.” David won a football scholarship to a small college in Kansas, and graduated with a degree in a subject that came easily for him – business. After college he had an interesting road ahead of him, and never returned to live in Hernandez.

During his “footloose” years, he backpacked around Spain and other parts of Europe. Back in the U.S., his writing skills earned him a place working with labor leader and farmworker advocate Cesar Chavez, helping write his speeches. David was in California at a casual speaking venue with Chavez when he met Bob Bergland, the first Secretary of Agriculture hired by the Carter Administration.  This meeting led to David working with a team in the Carter administration helping develop rural policy, much of which is still used today. “It was such rewarding work,” says David. 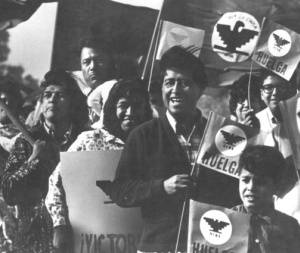 David was also on the team that started the first “Juntos” (Together) project, which was part of Carter’s “War on Poverty” effort. Juntos was a nonprofit, inner-city program designed to educate children in poverty-stricken areas, and rehabilitate, counsel and find employment for ex-convicts. David traveled the country with this project. He spent time in many cities from east to west, including New York, Washington, and at the office headquarters in Santa Fe.

After four years with the Juntos project and the end of the Carter administration, David moved permanently to Santa Fe and decided to become a realtor.  His first listing was for the sale of the business of La Cantina, which had been bought by two businessmen in the 1960s and given the new name of El Farol. He remembered the place from his earlier years in town. It turned out to be David’s first and last listing. He bought it and the rights to the property it was on, and promptly quit the real estate business. This was in July of 1985, just shy of thirty years ago.

Immediately after the purchase, David experienced severe buyer’s remorse. “What have I done?” he said to himself. “I’ve made a huge mistake!” It was his mother who turned things around for him. She called him one Sunday and asked him to meet her at El Farol. “It’s Sunday,” David said to her,  “I really don’t want to go in today.” But she insisted and when he arrived, he saw his mother had brought a priest. “I couldn’t believe it. She’d brought a priest to bless the damn place!” he says, laughing. The priest admitted to never having blessed a bar before. It must’ve worked, because since then David has successfully run the oldest cantina and restaurant in Santa Fe.

Once David’s buyer’s remorse was blessed away, he started on the track of being the business owner he swore he would never be, and he has never looked back. The restaurant now rambles through the entire property, and offers live entertainment every night of the week. El Farol is known for its extraordinary Saturday night Flamenco Dinners, where guests can enjoy a delicious prix fixe menu and top-quality flamenco performances. The original cantina remains at the heart of the place, with its creaking wooden floors, low-hung vigas, artist murals, and the long saloon-type bar.

The original Cantina menu was a “mish-mash” of many things, but soon another twist of fate brought about its transformation. When David was in New York City during his Juntos years, his favorite Spanish restaurant was The Board Room. It was an upscale place serving authentic Spanish cuisine and showing top-class entertainment. “I saw Eartha Kitt perform there,” he said. Just a short while after the “blessing” day, David was introduced to Denise Dressman, a friend of a friend looking to enjoy some time off in Santa Fe, away from her hectic New York life. Turns out her New York job was as the sous-chef at The Board Room. She completely transformed the El Farol menu, and stayed on for two years as the head chef. Authentic Spanish tapas (small appetizer-sized dishes, served in groupings) and larger entrees like their amazing signature Paella, are hugely popular.

El Farol’s cantina remains reminiscent of its origins over a century ago. It now rambles through the property that was the Vigil home, and includes a patio garden area. Its walls uphold the tradition of artists’ murals begun in the early 1900s.  Originally, the frescoes were made by visiting artists as a means to pay their tab. Now the walls are a veritable museum of works by such well-known names as Taos artist Alfred Gwynne Morang (1901-1958), whose tragic demise came in 1958 when his Canyon Road studio burned down. 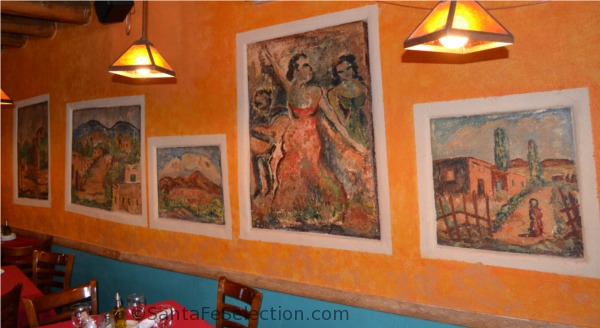 Other famous artists with their own fascinating histories include Native American artist Stan Natchez, Sergio Moyano of Cordoba, Argentina, and Hawaiian-born Roland Van Loon; all have left their mural mark at El Farol. 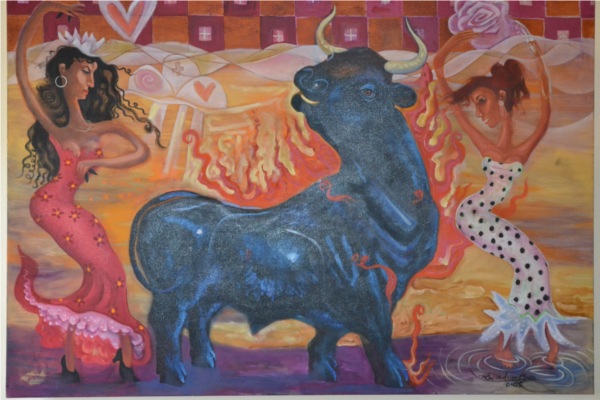 Throughout its lifetime, El Farol has seen many a famous name pass through its doors. Willa Cather, Mabel Dodge Luhan, John Wayne, and Bob Dylan, to mention a few. 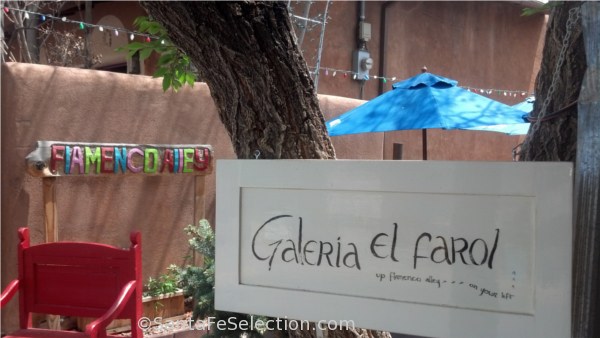 The Galeria is at the back of the restaurant by the patio area. You take Flamenco Alley to get there.

Now in his mid-seventies, David’s mind continues to brim with new ideas for El Farol – so much so that his restaurant manager Freda has placed a moratorium on how many novel ideas he can come up with, “I’m allowed only one a week,” he laughs. “She’s the whoa! to my go.” One idea that is blossoming nicely is the new Galeria El Farol that sits behind the restaurant along Flamenco Alley. It is run by Viviana Cloninger who shows works by a variety of local artists. Another is a new Spanish Cultural Tour project that involves taking Santa Feans to Spain and bringing Spanish travelers to Santa Fe, to show them their heritage in both the Old and New Worlds. 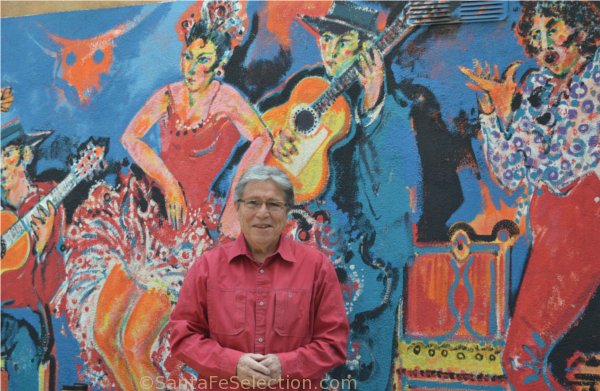 El Farol’s legacy is a point of pride for native Santa Feans, and longtime locals. It represents a history and authenticity that makes Santa Fe unique. As one of the most popular restaurants and nightlife spots in town, it certainly lives up to its name. The word “farol” originates from the ancient Latin word “pharus” meaning “lantern” and “lighthouse”.  For more than a hundred and fifty years, this unique locale has been a warm and welcoming light on Canyon Road; a place where locals and travelers gather to celebrate life, and enjoy connecting amid the authentic flavors, sounds and sights of a rich and colorful heritage. 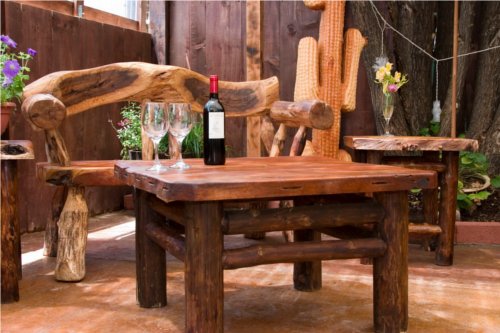 Thank you for reading my blog. Please sign up to receive my monthly articles via email.

9 thoughts on “El Farol – The Welcome Light in the Canyon”